Tony Blackman, left, Tom Rolls and Kelly Van Cleave perform as the ringmaster, “Soapy Stillwater” and the clown host in “Gone to the Dogs,” which opens Friday at the Salado Silver Spur Theater. (Clint Bittenbinder/Telegram)
SALADO – Grainger Esch has always loved dogs – so much that he wanted to put his own Fox Terrier-Chihuahua mix, Sanchez, in a canine variety show at the Salado Silver Spur Theater. But just a couple of months ago, Sanchez died after being hit by a car, and Esch lost his star performer.

“He would have stolen the show,” said Esch, the theater’s executive director. “I’m convinced of that.”

The Salado Silver Spur Theater will carry on with its new variety show “Gone to the Dogs” at 7:30 p.m. Fridays and 2 and 7:30 p.m. Saturdays, beginning this weekend through Sept. 26. Proceeds benefit area animal shelters. Before each show, the Salado Humane Society, Forgotten Friends Rescue of Leander and the Bell Area Animal Shelter will have dogs and cats available for adoption.

The theater continues its tradition of vaudeville-style shows that combine different sketches, slapstick comedy and performances, usually including a comical crisis where everyone scrambles to keep the show going.

“It’s kind of like the Muppet Show, although we’re not puppets,” Esch said.

Rolls will introduce a new character Soapy Stillwater, an old janitor who worked at the 1950s Guest and Sanford Ganary before it became the Silver Spur Theater.

“Thirty years later, they find him sleeping in the back,” Rolls said. “It’s always fun to have a janitor-type character in the show.”

Tony Blackman, technical director and performer, said that although the theater is known for its old-fashioned variety acts, it has ventured into something new with “Gone to the Dogs.”

“We’ve never done anything quite like this,” he said.

Each weekend, performers will dedicate the show to a different animal shelter and bring homeless dogs on stage, introducing them to the audience for adoption.

“Hopefully, we can find a home for the fellas,” Esch said.

He said the show offers lighted-hearted themes for all ages. Children love the slapstick, and adults enjoy the jokes.

“It’s harkening back to a simpler time,” he said. “There’s not a heavy message to these shows other than to have fun and laugh a lot.”

To make reservations for “Gone to the Dogs,” call 254-947-3456. For more information, go to www.silverspurtheater.com. 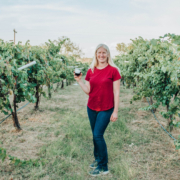 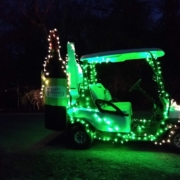